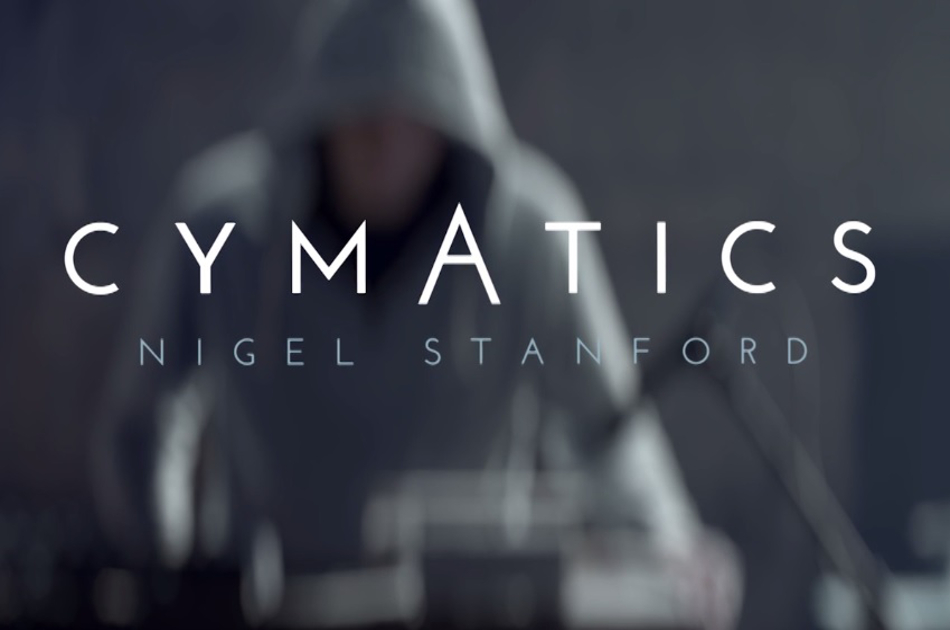 Nigel Stanford is a film composer, musician, and entrepreneur hailing from Wellington, New Zealand. While achieving some rather impressive business feats over the last decade, it’s Nigel’s true love of music that showcases his talents as both a musician and composer.

I first became aware of Nigel’s work while watching the eye-popping “TimeScapes” film in super high resolution. Nigel’s ambient music is a perfect match for the incredible time-lapse photography of award-winning cinematographer and director Tom Lowe. TimeScapes was the first movie to be sold to the public in 4k resolution, and if you haven’t yet seen it, please take the time to check it out, it truly is next-level awesome.

Nigel’s latest album ‘Solar Echoes’ is his third full length album, providing a slightly rockier feel to his previous work. The first single off the album entitled “Cymatics” demonstrates Nigel’s love for science, boding an impressive video that has gone viral since its release a month ago. Cymatics is the study of visible sound vibration, where typically a plate or membrane coated in particles is vibrated, producing different geometric patterns depending on the materials and driving frequency used. The video clip showcases a handful of cymatic experiments, with each experiment representing a sound element from the song playing in time with the music. See below to check out the amazing video. (Click here for a behind the scenes look at the Cymatics video)

I recently spoke with Nigel about his latest project, his space ship like studio, and what’s in store for the future.

Interestingly you created the music for ‘Cymatics’ after the video was shot. Did you find this to be much of a challenge?

It created limitations, but that can be a good thing. For instance, for the sand plate, it took some time for the sand to form it’s shapes, so I needed to stay on a single note for a while, and not play too fast. The water dish allowed only 2 notes, an octave apart. It makes it simpler to compose for because there are no longer infinite possibilities.

What were your weapons of choice in creating the sounds for Solar Echoes?

​I use Cubase, a lot of samples, and various VST instruments. My go to sounds were Omnisphere, Spire, Access Virus, Kontact​.

It looked somewhat messy but a lot of fun creating all the experiments for the Cymatics video! How are you going to top it with your next video?

​I will do something completely different, it won’t involve science experiments but it will be similar in that each instrument will have a corresponding visual element.

How comfortable did you feel about having the Tesla coil discharge high voltage electricity through the faraday suit you were wearing?

Not comfortable, but I asked the Tesla people what would happen if I had no suit on and was hit by the small coil. They said it would hurt but I wouldn’t die. So that gave me the confidence to try it on.

Were there any artists or musicians that were particularly influential on your compositions for Solar Echoes?

​A lot of slow ambient artists. Mainly I like Massive Attack, although I probably don’t sound anything like them.​

It must have been pretty amazing to have Solar Echoes mixed by Michael Brauer at the famous Electric Lady Studios in New York. How did this come about? Where you present during these sessions?

I asked his manager and he said yes! I did get to sit in on the sessions, it was kind of amazing. The album came out much more Rock than EDM I think, which is unusual.

Have you considered or have plans to work with any vocalists in future work?

I’ve been approached. I would love to do it as a side project, I don’t think my fans like the idea of me adding vocals – I have asked!​

There is a common theme of science and space in your work. Have you always had a fascination with the cosmos?

Yes, I have always loved space. The next video was going to be in space but recently a brilliant one called ‘wanderers’ was released which set the bar too high…​The acoustics part is also interesting to me, I did study it at university but making the experiments really just involved watching YouTube and searching around.​

Your studio looks incredible! What are your go-to pieces of outboard gear?

My New Zealand studio wasn’t quite finished when I was tracking the album, so only a few things managed to use outboard. I like the usual suspects: LA2A, 1176, Distressor’s. I now have a Mesa Boogie guitar amp which I can send any track through; we used it for the speaker dish sound in Cymatics. The mix was 95% outboard pretty much.

What’s next for Nigel Stanford?

I’m in the planning stages for the next video.​ I’m hoping to shoot it in March, and that it doesn’t take 12 months work!

For additional information on Nigel and his work, check out the following channels: